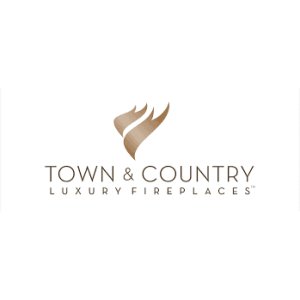 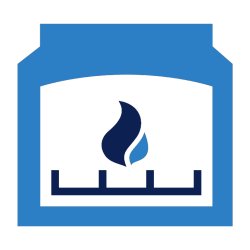 These units are made in Canada by PACIFIC ENERGY and are sold throughout North America by authorized dealers. They offer wide screen models and see through units as well as an arched unit for a traditional look and feel. All of the units have a battery backup to operate during power outages. The units also have their "maestro" control system which incorporates a wall-mounted on/off flame control switch and a programmable hand held remote. The HELIFIRE 360 fire has a unique ultra-modern look and features all stainless steel construction but it is only available for natural gas. The units are backed by a good warranty.

We had another business install a fireplace a few years ago. Let's put it this way, the transaction was smooth. After that it was a nightmare. Nothing but problems. Shortly after installation the fan stopped working. Tried 2 other shops and got a bunch of song and dance and stalling. Someone recommended Town and Country. I called and made arrangements to have them look at our fireplace. Then I saw the previous one star review. Went forward anyway. Glad we did. Our experience was outstanding. Not only did they fix what we discussed, but corrected some of the lousy "work" when installed. Actually cheaper than quoted. Highly recommend. Will be using for routine service and maintenance.

I have had a T&C42 in my home for about ten years and in that time I have had about ten HOURS of carefree use of the fireplace. My wife dislikes that it comes on with a glass-rattling â€śWHOOMP!!!â€ť (When it will start), wonâ€™t run for longer than about forty minutes and is totally unreliable. We have it serviced under a â€ścontractâ€ť which is supposed to be annual but I usually wait until two years have passed before I call and remind them that we are here. Right now I am waiting for the cracked burner to be replaced and expect that the â€śLifetime Warrantyâ€ť will have somehow expired. Nice looking fireplace, as long as you donâ€™t expect flames.

Publicado: August 1, 2019
Stephen Dunsmore
Fuente: facebook.com
I specify these units on my jobs and have one in my own home. By far the mo

I specify these units on my jobs and have one in my own home. By far the most realistic looking gas units on the market.

Publicado: January 22, 2019
Lisa Johnson-Poirier
Fuente: facebook.com
Bought our 2 fireplaces from this business almost a year ago. They let us k

Bought our 2 fireplaces from this business almost a year ago. They let us know that our fireplaces were in a few months later and to let them know when they were ready to install. I called when we were ready to install and we scheduled a date the following week. The night before they were suppose to come to install, I received a call that our fireplaces were no where to be found so we had to push back the install date. Then, silly me, I thought when I bought two fireplaces that when the install was complete, that the finished job would be complete. But I was wrong. He told our contractor the exact size the hole needed to be to install for the sheetrock and when it was installed, the hole was much too big so there was a large gap all the way around our fireplace. I thought there would be a piece of trim to cover this gap, but there was not. I was told by the business owner that this was not his problem because we never paid him for a "finished job". He treated me very unfairly, spoke to me like I was a complete idiot and I was completely unsatisfied by his conduct with me and his service. I will never use this company again.